The night before Colin had told me that two of the helicopters would be rolling back to Juneau and there was a chance I could jump on for a free ride if I told them I was a friend of his. That morning I dropped off Aaron at the airport and headed over to the helipad. I had my bags packed in case it became a reality. Sean Dog was there saying goodbye to the heli pilot Mike who flew us around the day before. I mentioned that Colin said maybe I could catch a ride back to town and save the hundred bucks on the puddle jumper. He asked if I was ready and I hopped aboard. I gave my hotel and rental car keys to Sean Dog who said he would check me out. He exclaimed "ROCK STAR EXIT" as I was boarding and that would be the last I would see of Haines, AK. Thanks Colin, I owe you man! 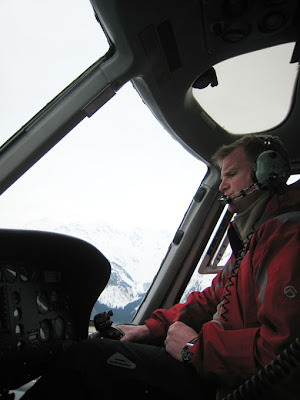 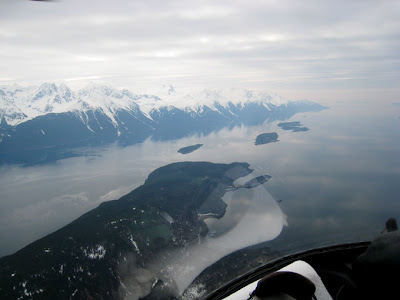 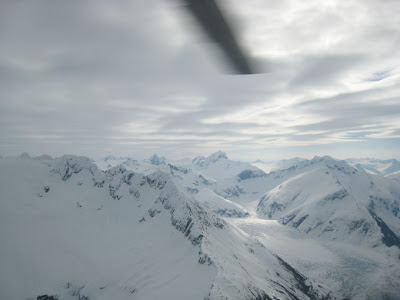 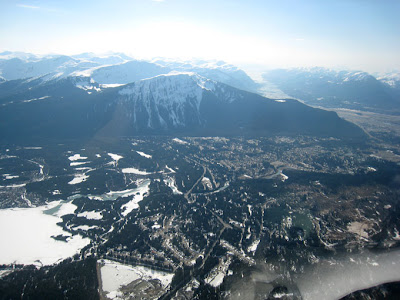 I would just like to say how small this world is. I am really glad I was able to meet you and Aaron and to share this experience with the both of you. 33 mile is closed for the season and we have only one heli out on a skiing contract in Valdez. I hope to hear from you soon. Colin
P.S. Kim says hi