24 Hours of Moab mountain bike race this weekend. I love this race. 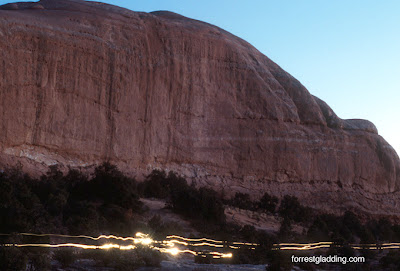 I actually did the first ever 24 hrs of Canaan way back in the day. Lemans start across the river. The course was brutal. I don't know if they could even get away with a course like that in a sanctioned race anymore. Keep in mind too that this was before suspension. If you click here you can read an article about the first 24 hr race (Check out the mustache bars on the mtn bikes). Stamstead and team stayed in the room next to us. Roger Bird (Team NukeProof) won the race. Roger use to drive me to races in West Virginia when I was a junior. That was also my first expert race ever. It was at the old Blackwater course, most technical riding I have ever done to this day. I don't think you can even ride bikes there anymore. Here is a pic of the start, but the film got expose and the other pictures did not turn out. 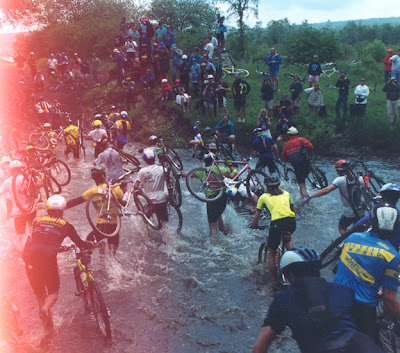 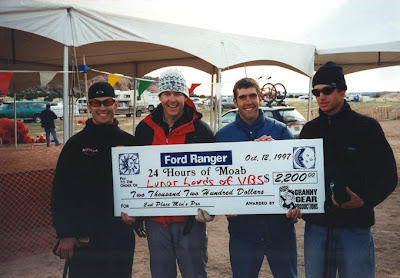 From left to right: Mike Janelle (went on to win the team event for RAAM),Mike Gibbs (happily married and still riding hard), Me, and Jay Henry(current National Marathon Champion) We got 2nd due to a penalty by Bart's team for a lost baton. I remember going back and forth with his team all night. I was living in Crested Butte at the time and my landlord's team (Jason Webster) won the race. Here is an old article I found about the race.

I have more 24 hour stories to follow later this week.
Posted by Forrest