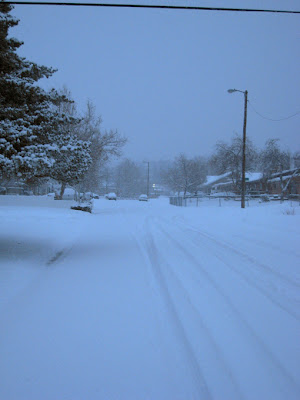 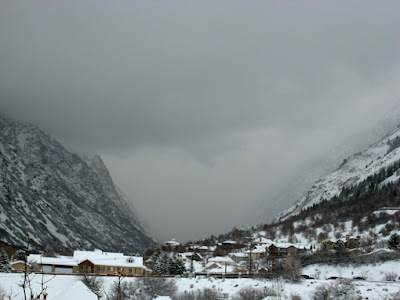 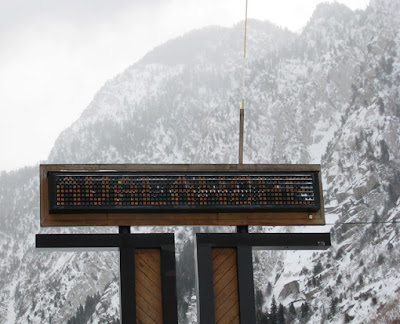 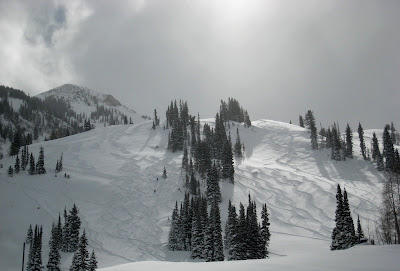 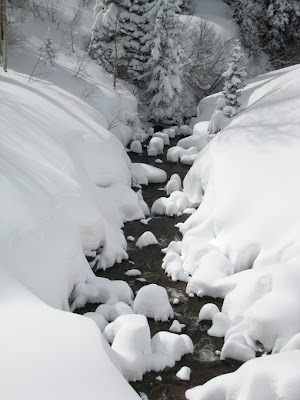 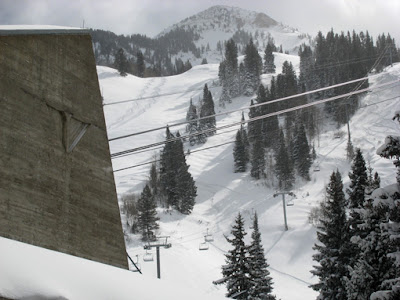 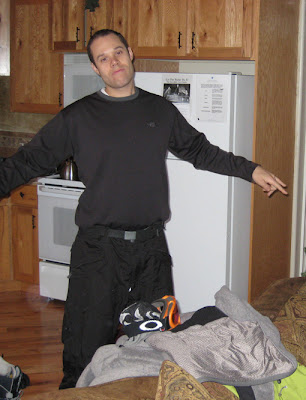 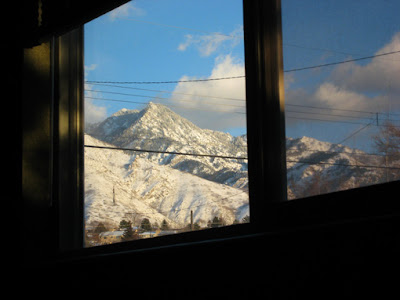 I awoke to another blizzard. I had taken the day off to hang with friends from Chicago (Eric P and posse, see photo above). The forecast called for clearing skies by mid morning. In the last seven days Snowbird has received 71" of new snow. 17 inches fell overnight. The canyon road did not open up until 10:05 am and I dont think interlodge was lifted until then too. We waited in line, but it was worth it. The day was epic.

I overheard someone on the tram say, "This is why I put up with the 3.2 beer, lame politics and everything that is wrong with Utah." I couldn't have agreed more with that statement. Today was what it was all about, the reason I live here.

Baldy never did open as you can see by the pictures. It looks like they saved some powder for the weekend warriors. I hate when they do that. However someone is going to have a run of a lifetime over there today!

Sorry about the lack of action shots. I was too busy getting mine to snap pics.

However by the end of the day I developed a fever. Had to leave the mountain by 3:30 and spent the rest of the night fighting the dang thing. Around 2 am the fever finally broke. I have never sweated so hard in my life! Good thing I didnt sleep in my bed, I would have ruined it.

Today the posse is heading up to Powder Mtn. I guess the storm dumped 24 inches up there. I wish I wasnt sick! I am sending my wife up there to get some since she had to work Friday and I will watch the boys. Someone has to get it if I can't.

My friend called me this morning as he was headed up the canyon, the road is backed up and there wasnt even a closure. Its gonna be crowded up there! I think Little Cottonwood needs to become car free like most canyons in Europe are. However the anti enviromentalists in this state will never let that happen. The cars are ruining the canyon.

The last shot is from my bedroom window as I am fighting the "fever". Drifting off and dreaming about the next session!

On a different note I have to give a shout out to Micah who broke his hand last Sunday while shredding at the Bird. He is going to have surgery, downtime 6 weeks. Send him some love.
Posted by Forrest