Mike was another natural on the snowboard and skateboard. He was one of my favorite people to ride with and another huge inspiration. Me and Mike found this natural kicker one evening. It got too dark after a couple of jumps so we decided to hit it first thing the next morning with the roommates. The next day we find a film crew sessioning it. The filmers vibed us so hard, but Mike told them off and then went on to throw banger after banger to prove his point that no one can claim a natural kicker. Classic Mike! 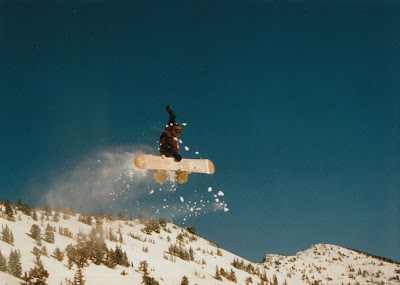 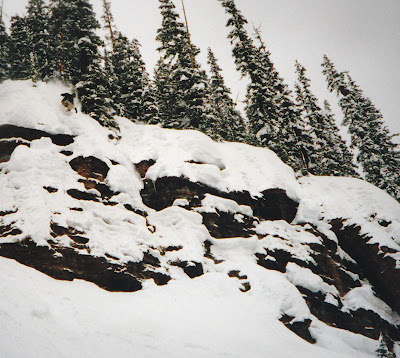 Mike drops a big one in East Vail. I broke my ribs the day before and gave Mike and Bender my camera for their East Vail hike. I think Mike and Bender had to rock/paper/scissors who would go first and take the picture of the other. As you can see Bender lost. 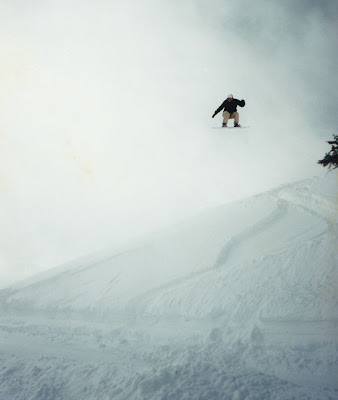 This picture does not do this gap justice. Dodson made this crazy gap over the silk road in the Mongolia Bowl in Vail. Dodson stepped to it first then Mike followed. After Mike cleared the gap a skier tried it, came up short and broke his back. Ski patrol tore the gap down after that. That thing was huge! 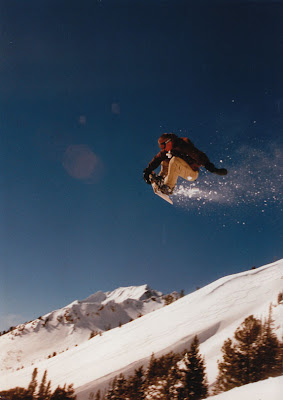 Mike soars in the Utah backcountry. 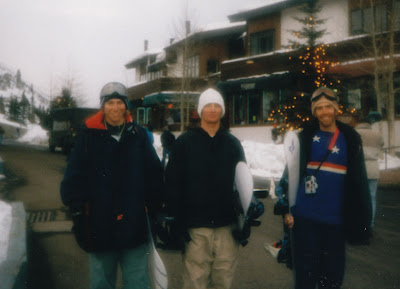 Jason Dodson, Mike Tatay and me in Vail after doing King Arthur's Chute.
Posted by Forrest

Outer Mongolia gap, bitch gap, whaler, seldom....when i moved to Vail the first thing Koji & Eric did was take me on the tour of all the gaps and try and destroy me.... but i stepped up and busted them all. 1st day. I love Vail.

eye of the tiger gap. I think thats what we were calling it. I think its mandatory to sing that song before you drop in. The best part is trying to stop going mach 10 after you land. Let me know if you guys do a trip. I would love to join that session!

Forrest,
I hope you're doing good. I remember taking this picture after King Arthur's that day. I think we were on the way to the hospital to check on the skier that broke his back on the eye of the tiger. The thanksgiving I came to visit you in SLC when you ended up in the ER is the last time I talked to anyone from the I101 posse. I think about you guys alot. Tell everyone I said hello.
Andy

ANDY
DUDDDDUUUUUDDEEEEE, Its Tembeck What is the story, where are you, what are you up to? I have been trying to find you for years w/o luck obviously.
Please get in touch through Forrest or have him give you my email. It would be great to talk to you bro.

forrest,jason,greg,tony,andy,binder,joey some people go a lifetime without having as much fun as we did on any given day! keep livin' the dream. we gotta talk boyz.luv you guys.
MIke T