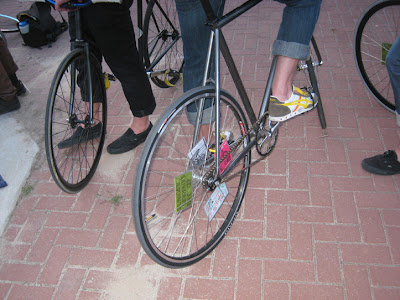 Man, cancer has been on the brain this week. When I got the invite to do this alley cat race I talked my wife into doing it with me. It was too raise money for this girl Kristi with Luekemia. All proceeds were going to surgery that the family could not afford and that insurance would not pay for.

If you don't know what an alley cat race is, its an underground race through the city. You get a manifesto at the start that tells you where the checkpoints are. You can do the checkpoints in any order. At each checkpoint you usually need to do something fun. One checkpoint you made a get well card, another you had to do a shot of whiskey or a shot of sauerkrat, I opted for the whiskey. But at one checkpoint you had to get a photo with the parents of Kristi. I am soft, I almost cried to see the parents of someone who is going through this. They seemed so happy to see so many people that actually cared. 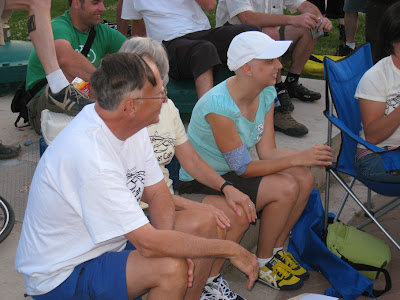 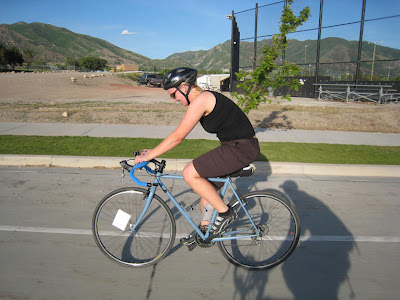 Melanie churning out the watts! 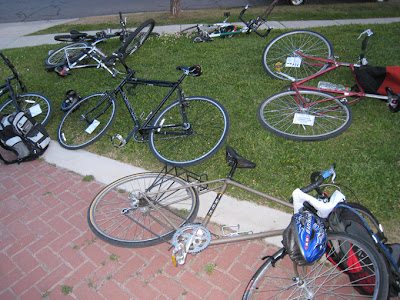 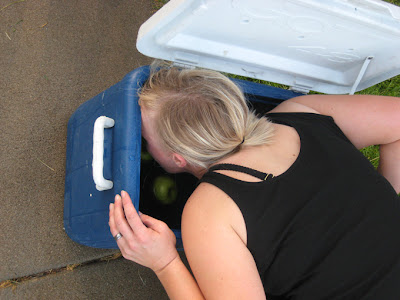 One checkpoint you had to bob for apples before moving on to the next one. 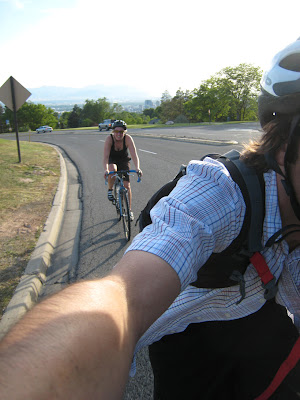 Me and Melanie got a late start. I think by the time we started Fox was almost finished his race. We had a work party to attend so I think we started 40 minutes behind everyone else, but who cares, no excuse not to race for a good cause. By the way Fox was the first finisher, but didnt win the grand prize cause you could buy extra time off your final time at certain checkpoints. However Fox wasnt cheap, he kicked down cash too! Its amazing to think that a bunch of cyclist and hipsters raised $2500 bucks for the cause. People really do care out there.

I got to give some commentary on this. Health insurance should be a right for all. There is no reason a country as wealthy and powerful as ours should let its citizens go without when it comes to medical care. Our leaders waste billions every year and we let good people die. Its a crime.
Posted by Forrest

i had a hot date. cant be dissin the chicks.

I'm making a donation today to the cancer society in Kristi's name. You're right - we need to fix health care in the USA!
Vote!